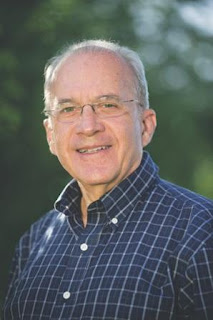 In my last post I offered a review of Bert Ghezzi's Adventures in Daily Prayer: Experiencing the Power of God's Love.  Here is a chance to hear from the author himself though.


Anytime I see Bert Ghezzi’s name on the spine of a book, I stop to take a look; so it was a treat to be able to review an advance copy of his newest for Catholic Exchange. As one of the original leaders in the charismatic renewal, long-time editor of New Covenant magazine, the author of numerous books and articles, an international speaker and regular guest on EWTN – all while being a husband and father of seven – he is long on insight. “But,” you might ask, “what more can be written about personal prayer?” Well, prepare yourself to be humbled my friend; I know I was.

In this book, Bert (yes, Bert – with the glimpse these pages give of his interior life, “Dr. Ghezzi” doesn’t feel right) shares the tried and tested principles that have sustained him in prayer for over 45 years, through the highs and lows common to us all. The element that really set this work apart for me was Bert’s conviction that all of us are meant to hear from God – it’s just a matter of making a commitment to remain within earshot of Him.

The rest of the book gives the simple, clear-cut ways to do exactly that. I said that I was humbled by this book, and I meant it. Bert’s wisdom and stories alerted me to the gifts and inner dispositions I have neglected of late. Take Scripture for instance: I say a short prayer before I read the daily Gospel that arrives via email each morning; but I am not stopping to give it the attention Scripture deserves. I have not been chewing over this word the Father sent His Son into the world to give me! At the end of Bert’s chapter on Scripture, as with all of the chapters, he provides several points to Think over – Pray about – and Act on: “What would you have to change to build Scripture study into your daily routine?”; “If you are not already reading Scripture daily, decide to study the Gospel of Mark for fifteen minutes every day for the next month. . .“ His chapter on “Praying with Thanksgiving” would have been reason enough for me to grab this book.

Trust me though, there is no “wagging of the finger.” In fact, it’s just the opposite. Bert is quite transparent regarding shortcomings in his temperament and mistakes he has made, and how God continues to challenge and correct him. It is an exceptional testimony to how prayer is a gift meant for our enrichment, not God’s. Praise, thanksgiving, lectio divina, dryness, intercession – it’s all about taking on the image of Jesus, the image stamped on our souls in baptism.

If you are just setting out on the adventure of daily prayer, then I honestly can’t think of a better book with which to start; I have a friend with whom I can’t wait to share it. And if, like me, you’ve been on this road a few years and need to take stock of where you’re at, then here is your GPS. No dry theory here folks – it’s all tread marks on asphalt.
Posted by Shane Kapler at 6:18 PM No comments: