The Cover of the New Book!

Angelico Press emailed this to me earlier today.
The release date is April 4th! 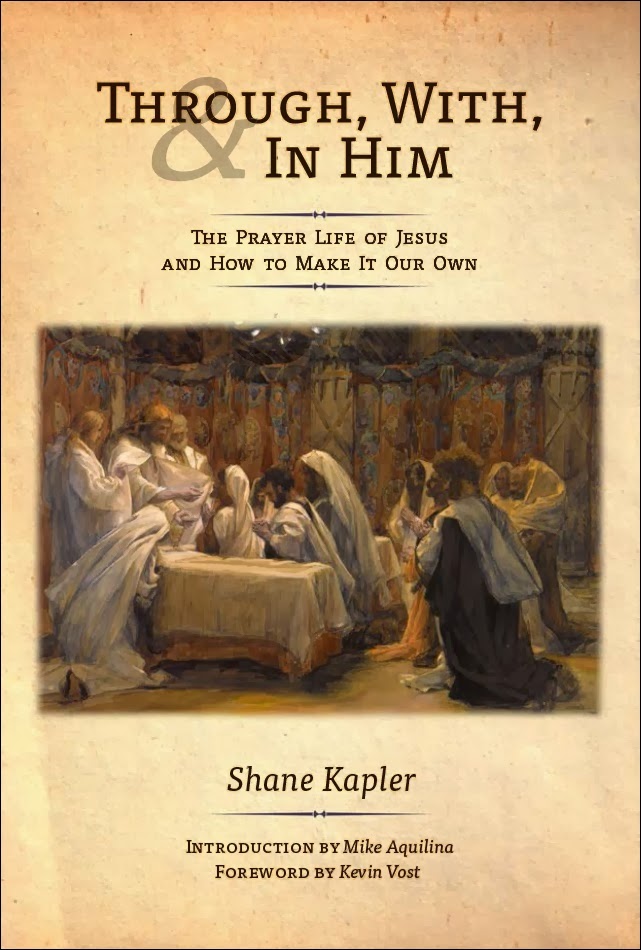 Curious About the Book of Revelation?

Hey, who isn't!  I began studying it while in high school and have revisited it every few years since. Two years back I did a morning-
long presentation of the subject here in St. Louis, which was recorded by I.H.S. Productions/ St. Joseph Radio.  Well, they've just released it on CD.

Today I wanted to share some background information on the Book of Rev - things of a historical and literary nature:

1) Did you know that Revelation was the final book to be accepted into the New Testament Canon?
That's an historical fact.  Here is part of the chart I compiled on the formation of the NT for The God Who is Love :

[1] The Decree of Damasus appears to have originally been part of the Decrees of the Council of Rome (a local council, not an Ecumenical). As such it is not considered an infallible statement.


2) Doubts popped up again at the time of the Reformation.
When Martin Luther published his German translation of the Bible, he separated the books of Hebrews, James, Jude, and Revelation, placing them at the end of the New Testament.  He didn’t see them being on par with the NT’s 23 other books.

Luther's Preface to the Book of Revelation (1522)


"About this book of the Revelation of John, I leave everyone free to hold his own opinions. I would not have anyone bound to my opinion or judgment. I say what I feel. I miss more than one thing in this book, and it makes me consider it to be neither apostolic nor prophetic … I can in no way detect that the Holy Spirit produced it … Many of the fathers also rejected this book a long time ago; although St. Jerome, to be sure, refers to it in exalted terms and says that it is above all praise and that there are as many mysteries in it as words. Still, Jerome cannot prove this at all, and his praise at numerous places is too generous."

The other Reformers were able to prevail, and Revelation and the NT works questioned by Luther were retained on an equal footing with the rest of the NT.  (Sadly however, the Reformers did remove seven books from the Old Testament - an ongoing tragedy for their descendants, with their deep love of God's written Word.)

3) What style of writing do we have here?
Scholars identify it as apocalyptic literature.  It was a style popular from roughly 200 B.C. to 200 A.D.

a. It’s crisis literature – it’s not written for those in power but for those undergoing persecution


b. The OT Book of Daniel was the first successful literary venture into apocalyptic (we find 88 allusions to Daniel in Revelation)


c. We find other Jewish writings of this type, such as 2 Baruch, The Apocalypse of Moses and Enoch, from around the same time.


d. It’s filled with fantastic, horrible, mesmerizing, beautiful descriptions; symbolic colors; symbolic numbers; angels revealing what is to come; promise that we’re closer to the end than we are to the beginning


f.  In Revelation’s 404 verses, scholars can identify at least 278 allusions to the OT


g. Jesus drew from this same “arsenal” (Isaiah 13) when He prophesied the destruction of Jerusalem.

4) The Book of Daniel provided a prophetic timetable, leading up to Jesus' coming (and the events we read of in Revelation):

Daniel 9 – “Seventy weeks are decreed for your people and your holy city: to put an end to sin, and to atone for iniquity, to bring in everlasting righteousness, to seal both vision and prophecy ... an anointed one shall be cut off and shall have nothing, and the troops of the prince who is to come shall destroy the city and sanctuary ... he shall make sacrifices and offerings cease; and in their place shall be an abomination that desolates, until the decreed end is poured out upon the desolator.”

5) There are five ways Christians have read Revelation:

Futurist – All of the events described will take place in the future, in the few short years before Jesus returns.

Preterist – Nearly all of the events in Revelation occurred within the lifetime of its author or within a few centuries afterward.  This book has to do with the deliverance of God’s people from their persecutors:  leaders within Judaism as well as the Roman Empire

Historicist – Events are fulfilled throughout the history of the Church, from the time of Jesus’ ascension until His Second Coming

Spiritual / Idealist – The symbols in Revelation don’t have a one-to-one correspondence with historical events, rather, they symbolize the struggle between God and evil that every Christian witnesses in their culture, personal relationships, own soul, etc.

Progressive Parallels – Some hold that literary analysis of Revelation shows seven sections.  Each section is thought to run parallel to the other, describing the life of the Church in time from slightly different perspectives.

We’re Catholics - our name means “universal, all embracing;” so we are free to interpret Revelation through any of the above five lenses, so long as our conclusions don’t run counter to one of the truths of the Faith, the larger Tradition of which the Book of Revelation is a part.

So there you go, a little background information before launching into your study of the Book of Revelation.  It would be an honor to help you dig deeper.  What else can you expect to find on the CD set I mentioned at the beginning of the post?  Click here to learn more. And please don't miss out on downloading this FREE study guide.  The CDs are produced and distributed exclusively by I.H.S Producations / St. Joseph Radio, and all sale proceeds are used to support their media apostolate.

Posted by Shane Kapler at 10:52 PM No comments: