Down Syndrome, Dignity, and Abortion

As a speech-language pathologist working in a school, 10% of the students I see were born with Down Syndrome.  I love the kids, and I love their parents.  My aunt Sheila, now in her forties, was born with Down Syndrome too.  One of twelve kids, my grandparents, dad, aunts and uncles, recognized Sheila for who she was, and is - another indispensable member of our family, with her own inborn set of strengths and weaknesses.  Sheila is adored by our family, as are the kids I work with who have Down Syndrome by theirs.  Why do I even feel the need to write that out?  Shouldn't it be a given?  It should, but in Europe and the United States, when a prenatal screening identifies a child as having Down Syndrome, that child is aborted 92% of the time!  Now believe me, I have an idea of the unique challenges parents and families of kids and adults with Down Syndrome face; but we're talking about human beings - my aunt, the little boy I'm building sentences with, the girl who is now communicating with her mom through sign language.  These people that I love are survivors of a genocide, a silent genocide taking place all around us.  We need to speak up and expose it for the atrocity it is.
Posted by Shane Kapler at 10:19 AM 6 comments:

Email ThisBlogThis!Share to TwitterShare to FacebookShare to Pinterest
Labels: abortion, Down Syndrome

It's mornings like this that I'm reminded how awesome the Holy Spirit's timing is.  The lectionary, the cycle of readings used at Masses throughout the entire world, was established long before terrorists launched their attack upon the United States, and yet the readings that fall on the 10th Anniversary of the attacks could not speak more deeply.  There is something supernatural about the liturgical calendar:  It floors me how my life as an individual, as well as the life of a nation, can coincide with it.:

Wrath and anger are hateful things, yet the sinner hugs them tight. The vengeful will suffer the LORD'S vengeance, for he remembers their sins in detail . . .
If he who is but flesh cherishes wrath, who will forgive his sins? Remember your last days, set enmity aside; remember death and decay, and cease from sin!
Think of the commandments, hate not your neighbor; of the Most High's covenant, and overlook fault (Sirach 27:30-28:7).
None of us lives for oneself, and no one dies for oneself. For if we live, we live for the Lord, and if we die, we die for the Lord; so then, whether we live or die, we are the Lord's. For this is why Christ died and came to life, that he might be Lord of both the dead and the living (Romans 14:7-9).
His master summoned him and said to him, "You wicked servant! I forgave you your entire debt because you begged me to. Should you not have had pity on your fellow servant, as I had pity on you?"
Then in anger his master handed him over to the torturers until he should pay back the whole debt.
So will my heavenly Father do to you, unless each of you forgives his brother from his heart" (Mt.18:33-35).

Hard words to hear as we remember such a grave crime, and yet, necessary words.  Jesus does not ask more of us than He did of Himself and His Mother there on Calvary; and as with Mary, He gives us the grace necessary.

Posted by Shane Kapler at 8:16 AM No comments: 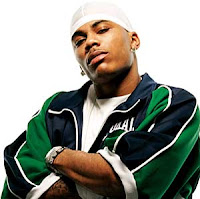 "Glorious" is the only word I have.  The kids and I were walking through the Mills Mall in Hazelwood, MO, when we saw police and a long line of people.  (The police car parked along the curb is a fairly regular sight; it bespoke nothing of the date with destiny that awaited us.)  We just went by on the outside of the line, not really interested.  But then . . . as we passed the window of CitiTrends we saw him. . . St. Louis/ Western Civilzation / and tite (yeah, that's how you spell it) rhymes all rolled into one - NELLY himself.  Doesn't get much better than that my friends.  (If you've ever checked my profile you know it lists my residence as "Nellyville, MO.")  Came home and slipped into my AirForce Ones.
Posted by Shane Kapler at 8:59 PM No comments:

St. Francis de Sales has some real words of wisdom in his, Introduction to the Devout Life:
"The practice of devotion must differ for the gentleman, the artisan, the servant and the prince, for widow, young girl or wife. Further, it must be adapted to their muscular strength, circumstances and duties... Is the solitary life of a Carthusian suited to a bishop? Should those who are married practise the poverty of a Capuchin? If workmen spent as much time in church as religious, if religious were exposed to the same pastoral calls as a bishop, such devotion would be ridiculous and cause intolerable disorder. Yet this foolish mistake is often made...True devotion never causes harm, but rather perfects everything we do... 'The bee sucks honey from the flowers without injuring them,' wrote Aristotle, leaving them as whole and fresh as when it found them. Devotion goes further, not only is it unharmful to any state of life, it adorns and beautifies it... It makes the care of family peaceful, the love of husband and wife more sincere, the service of one's king more faithful, and every task more pleasant and a joy."
Posted by Shane Kapler at 6:30 AM No comments: